WordPress Plugin Conflicts: Your Ultimate Guide to Preventing Them, Identifying Them, and Resolving Them

The resemblance is uncanny, right? Because WordPress plugin conflicts are by far the most common issue that WP users face. Everyone uses plugins. And if you haven’t run into the white screen of death or logged in to see your theme look like a Picasso painting, then you should go buy yourself a lottery ticket — you’re the luckiest person I have ever met. If you’re not that lucky, however, you can do quite a bit before, after, and during the crisis to make sure that WordPress plugin conflicts don’t make things too hard for too long.

Preventative Care is the Best Care

Like eating well and exercising are preventative measures to keep you healthy, you can also practice preventative care on your WordPress site so that when a rare plugin conflict does arise, it is not catastrophic. If done correctly, your preventative measures will lessen the impact of any conflicts that do happen. Exercising every day might help boost your immune system, but you can still catch the flu or break your leg. And your WordPress install might be conflict-free for ages, only to catch a really nasty bug (literally and figuratively) every once in a while.

1. Never Install a Plugin to a Live Site

Rule number 1 of web development: never test on a live site. Even if you’ve used the plugin in the past. Even if you have used it on your personal sites without problem. Never, ever activate a plugin on a live site that you haven’t tested on either a staging site or a local clone. You can do this in multiple ways, and we have a handy-dandy guide you can follow to get started. By working on a test site that’s identical to the live one, you can see what breaks in a safe environment.

2. Take Your Time to Really Test Things Out

When you have your local environment set up, and you’re running your plugin tests, it’s easy (and common) to hit Activate -> Visit Site, and then click around for a while to see if anything’s out of place. Since things look okay, you push the changes live, and things keep running smoothly.

Until the end of the month when you reconcile your Stripe or PayPal reports, and you see that your revenue has dropped 75%. Trace it back, and it’s because you installed Captain Jimmy’s Super Happy Fun Whizbang plugin 3 weeks ago. Turns out, it has a conflict with your payment gateway’s recurring billing cycle, and not one of your subscribers was charged and their subs were canceled. Every single one of them will have to manually resubscribe.

Just poking around your dev site didn’t work. Sometimes, plugin conflicts are hidden and don’t show up until very specific criteria are met. So it’s definitely in your best interests to run a test of all major functionality before pushing it live. Maybe the plugin conflict only shows up with recurring payments and not one-time purchases. If you don’t run through all of the primary use-case scenarios for your site, the WordPress plugin conflict will possibly fall right through the cracks.

And FYI, someone close to me had this particular situation happen, so it’s not just a worst-case hypothetical. This really happens, and they missed out on thousands of dollars. So…take your time, folks. Pretty please.

3. Keep Plugin Use to a Minimum

WordPress plugin conflicts tend to stem from at least one plugin butting heads with another plugin, your theme, or your WordPress version (and occasionally your server’s PHP version). You can avoid a slew of problems by making sure that nothing on your site is terribly out-of-date. But beware of automatic updates (and of mindless updates — “Oh, cool! A new update for Captain Jimmy’s Whizbang!”…click…click…crash).

Make sure that you know what you’re updating. The WordPress plugin repository has made great strides recently on compatibility information, and it’s imperative that you take a look at what you’re installing.

If a plugin hasn’t been tested with any of the three past major updates, that information is provided at the top of the plugin page. That might not mean there’s a conflict, but you should absolutely test in a safe place before using it on any production site.

And further down the screen, you can see information on the plugin that can help prevent issues, too. The most important ones are highlighted below, including the time of last update, WP version compatibility, and PHP requirements. You know that if you’re running WordPress 4.9.5, this one has potential — if unlikely — conflict with something else on your site.

And the repo does one more thing that you can really use to protect yourself. Whenever there’s a plugin update, the developers release a changelog to show everything that was addressed in the new version. It’s easily accessible from your dashboard, too: Plugins -> Installed Plugins -> View version 6.3 details. A modal pop up with the changelog right there. 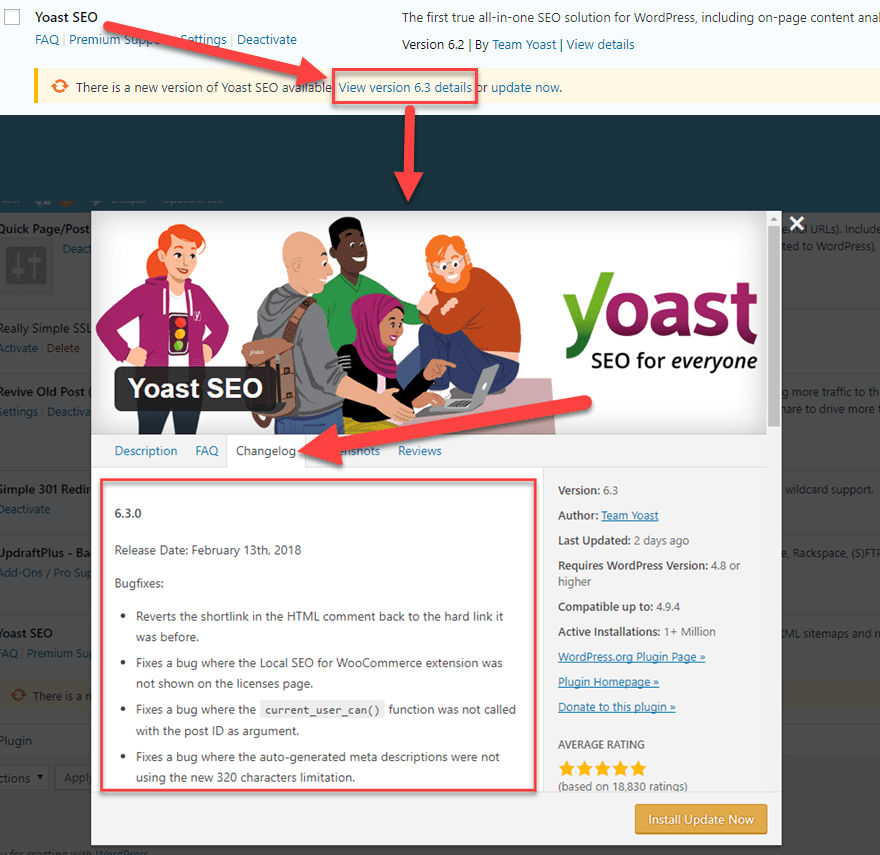 A bunch of people I know is intimidated by changelogs and release notes. There’s no reason to be. They aren’t scary. Here’s a quick breakdown of what it can all mean so you can keep your WordPress site as safe and sound as you can.

5. Make Sure Your Plugins Will Continue to be Supported

Don’t take a chance on a plugin if you’ve never heard of it before. Maybe if there’s a recommendation from a friend or another trusted source, then you might be safe. Make sure there are enough reviews and recent updates, too. You will run across a lot of abandoned plugins on the repo, and that has led to thousands (if not millions) of WordPress plugin conflicts.

If you don’t know the developer will keep the plugin updated for a reasonable amount of time, it’s probably a good idea to steer clear.

Additionally, it’s a good idea to go do a plugin audit every now and again to make sure that none of what you have installed is out-of-date. If they are, it’s time to do some research to find a replacement before conflicts start to happen. And they will.

Okay, so you have a conflict come up despite taking every preventative measure you could. It happens, and it’s terrible. But it’s not the end of the world. You just gotta stay calm to get all your upside downs turned right side up again.

1. Use Some Plugins for Your Plugins

I know it sounds counter-intuitive, but you really can use some plugins to sniff out issues that may have arisen.

As much as I am loathed to suggest that anyone ever step away from Divi or Extra for even a moment, you gotta do what you gotta do. By reverting back to one of the default WordPress themes (probably Twenty Seventeen), you will see immediately if there’s a conflict with a plugin and the theme you’re running.

Additionally, if you find that there is an issue with your theme, you can try to roll back to a previous version of the theme.

When something breaks on the internet, word travels fast. So you have two choices here, really. You can use Google, Bing, or DuckDuckGo to search for “[plugin name] plugin conflict”, or you can go down the list and hit the official and WP.org forums, docs, GitHub, and WP repo pages for each one you’ve got installed.

You should be able to track down help for your problem (or find someone who already has it).

4. Have You Tried Deactivating All the Plugins and Reactivating Them One by One?

I am ending on this section with the first advice you’re given for a reason. It is the most fool-proof way of fixing this issue. When you go from all plugins with a problem to no plugins and no problem, it’s pretty simple to see when the guilty party rears its nasty little head.

While this is the most surefire way to get things sorted, you have to basically shut down your site’s entire functionality. Keep in mind that while you will find out what the problem is, you won’t find out the underlying cause of the problem, nor find a solution to it (other than not using those two plugins together). You’ll probably need to look at one of the above options before moving forward.

Once you know which one of those little code goblins caused your site to break, it’s time to triage the damage and get things back to 100%. Heck, if your site goes totally kaput, even getting it back to 50% capacity is an admirable, short-term goal. Here’s how you can get started on the road to recovery.

1. Restore from a Pre-Crash Backup

The simplest way to fix WordPress plugin conflicts is to wipe the slate clean and start over. That doesn’t have to mean a fresh install running Twenty Seventeen; it can be a restore from a previous backup, one that you know works well enough to keep your site up and running until whatever fix you need can be implemented.

The main thing you need to make sure of, though, is to create regular backups. UpdraftPlus and Backup Buddy are amazing for this. You can see our full run-through of the backup/restore process, using UpdraftPlus or the old-fashioned way of phpMyAdmin.

Sometimes, even when you sort the problems out, implement all the fixes that work on your dev site, and think things are back to normal…they aren’t. The issues could persist because of a caching issue, either on the server-side or the browsers. Luckily, clearing caches is relatively quick and painless, and you should probably do it regardless of whether there are any apparent issues.

3. Debug the PHP and JavaScript Errors to Fix Manually

This one might not be for everyone. Let’s say that you really need what the plugin does for your site. That means backup restore isn’t a long-term solution, and you can’t find either a suitable replacement or an update from the developers, either.

That leaves you one option: dive in and fix the troublesome code yourself. WordPress is built just for this kind of situation. Over at the Codex, you can read a fantastic article called Debugging in WordPress that will get you started, and as you fall down the rabbit hole even further, there’s the JavaScript debugging article over that way, too.

Whew. That was intense, right? But that’s a good thing. After all that, you’re ready to tackle pretty much any problem that arises on your WordPress site. From plugin conflicts to theme issues (or some combination of the two), you should be able to identify and resolve them with as little hassle as possible.

But most importantly, you are now versed well enough in plugin conflict resolution to prevent those issues from happening in the first place. That’s what we want, too: for those WordPress plugin conflicts never to happen in the first place. So no matter what stage you are in –pre-, post-, or mid-crisis — you’re definitely ready to keep things running smoothly. And if they don’t…have you tried deactivating all the plugins and reactivating them one by one?

What are some of your habits in preventing or resolving plugin conflicts? Let’s share best practices in the comments! 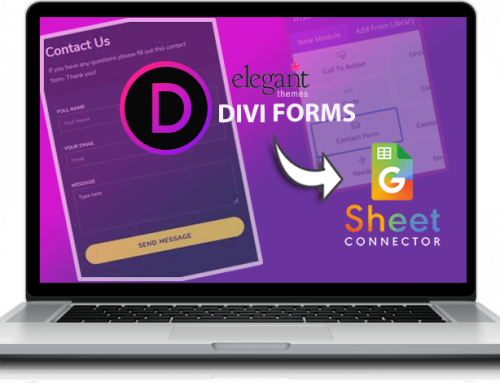 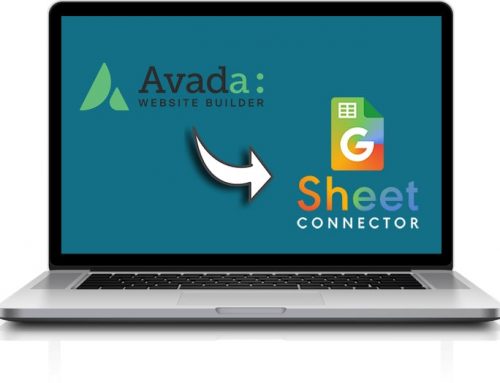 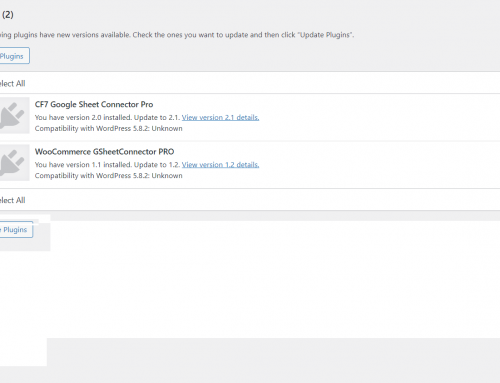